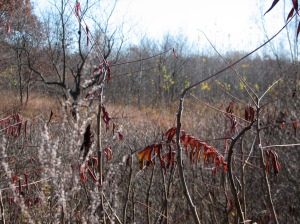 Within a letter, among my words to Riya, I seal the seeds of doubt that will grow in her mind and topple the pernicious paradigm sown long ago, now deeply rooted in her unconscious, of hulking stature in her consciousness.

Over the years of our friendship, I have come to know all too well how this paradigm shapes the landscape of her mind; how it insidiously poisons with toxic assumptions and deleterious inferences so many wondrous fledgeling thoughts before they can take flight; how it stifles her dreams and hopes by preempting their development, depriving them of exposure to the vital sustenance of conscious awareness and curiosity, causing them to languish the moment they sprout far beneath the thick canopy of the paradigm. I dread to think how many dreams with the potential to be brilliant and robust have been kept subdued in her subconsciousness. Often have I tried to loosen the paradigm’s stranglehold on the environment of her mind, cutting at sprawling branches with the most trenchant arguments I could find or make, but to little avail; I only encounter an overwhelming abundance of branches, the growth of new ones too rapid. With the failure of confronting the paradigm in her consciousness, I now turn to subversion of the paradigm by engendering in her mind doubts that will cast their roots deep into her unconscious. Fortunately, I do not have to go very far to find seeds of such doubt. The community seed library contains a large assortment from countless parts of the world, all gathered and contributed by our city’s past and present residents and even visitors. Carefully, from among the strains stored there, I select those with the most potent truths and the most meaningful questions. I also solicit seeds from my friends and search among those I have picked up in my travels.

The result is an eclectic assemblage of cogent, concise truths and inci- sive, insistent questions that will enter her mind with compelling anecdotes and sincere wishes. They should then quickly take root in her mind, vying intensely with this paradigm for the essential nutrients of conscious con- sideration and unconscious reasoning. As doubts deprive the paradigm of its livelihood, this wretched cognitive entity will wither, and once the roots have atrophied sufficiently, the shriveled remains of it in her consciousness will collapse, ending its nefarious reign over her mind.

Then, a couple days after I’ve posted my letter to her, I realize I’ve made a crucial mistake: I have failed to include the seeds for a better paradigm. Once the doubts outcompete her paradigm for sustenance and nurturance, she will be left only with luxuriant doubt! That rampant growth of various scattered truths and questions is likely to result in a cognitive terrain of confusion and frustration, even angst and despair. There will be nothing to temper, then unify this new wilderness within her mind, which the present, malicious paradigm does in its twisted, tyrannical ways.

Freaking out, I rush down city streets, peddling urgently on my bicycle through the chilly late-autumn air, to get the seeds for a healthier paradigm from our community seed library.

“What’s wrong?” Yuuka asks a moment after I’ve burst through the doors of the community center. She’s happens to be there for dream sharing.

“I wanted to overturn the oppressive paradigm in Riya’s mind. I sent her seeds of doubt but none for a better paradigm,” I explain hurriedly.

“But how?” I manage to ask, taken aback.

“Well, once doubts begin to take care of the paradigm that has dom- inated her cognitive landscape, seeds that are already there or that she’ll encounter will probably start to grow, and ideas that have been stunted by the paradigm will have opportunities to flourish,” she says. “A new paradigm is bound to spring up, especially once mature doubts enrich the conditions of her mind. Of course it’s helpful if friends and community have a role in introducing and cultivating ideas and paradigms, but they can sprout so long as they’re given a chance, you know.”

“Oh…yeah,” I reply, relieved and then embarrassed, wondering how I could have been so shortsighted, how I could have forgotten all the confidence I have in the seeds of great ideas and Riya’s fertile mind.

This site uses Akismet to reduce spam. Learn how your comment data is processed.